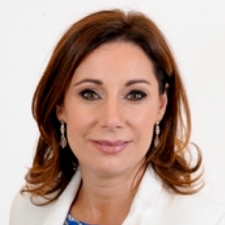 Josepha Madigan TD today issued a strongly worded statement in support of MMRA’s stance on the Union Cafe plans. Josepha has been a staunch opponent of development which is not sustainable, balanced, and sympathetic to the local environment and architecture and considers it vital that the planning mistakes of the past are not repeated.

The following is a press release issued today on her behalf.

“This proposed development, a mixed retail and residential apartment scheme, is being considered by the planning department of Dún Laoghaire Rathdown Council. The date for submissions and objection closes on June 27th.

“While I recognise that politicians have no role to play in the planning process it is important to speak out for the many residents who contacted me with concerns about the proposed development, to ensure that they have their voices heard.

“This proposed development is a Gulliver like building, placed in the heart of Lilliput.

“Mount Merrion is primarily a mature neighbourhood of family homes. I appreciate that there is a need for housing and these issues need to be addressed. However, all development should be proportionate to the area. Dropping a 15,800 sqm development in the heart of Mount Merion is like dropping a giant Gulliver into Liliput. This proposed development will dominate the whole area. This is an area of suburban homes and this development is completely out of step with the local community. It is a proposed development which you would be more likely to see in suburban Hong Kong, than in suburban Dublin.

“Planning permission has already been granted for the development of Flanagans, which is an apartment development of 5,200 sq meters. The proposed development of Union Café is three times larger. Development that is sympathetic and suitable to the area is welcome, but this development is neither.

“The proposed development is for a 46 apartments and 185 cars park spaces and a colossal retail unit on a modest site. It is wrong for the area and should not go ahead. I have been contacted by many local people who are very upset by the plans. This proposal is disproportionate, will cause severe traffic problems and will dominate the area. Development should be proportionate, this is not.

“People have a voice and it is important that they participate in the planning process, I would remind people that the closing date for submissions is June 27th.

“I am completely behind the Mount Merrion Residents Association in their campaign to stop this development and I will be attending and speaking at the meeting called by Fine Gael Councillor Barry Saul on June 14th at 8pm in Mount Merrion Community Centre. I want to assure people in Mount Merrion that I will do all that I can to raise awareness of this proposal and oppose it“