A new view of Mount Merrion 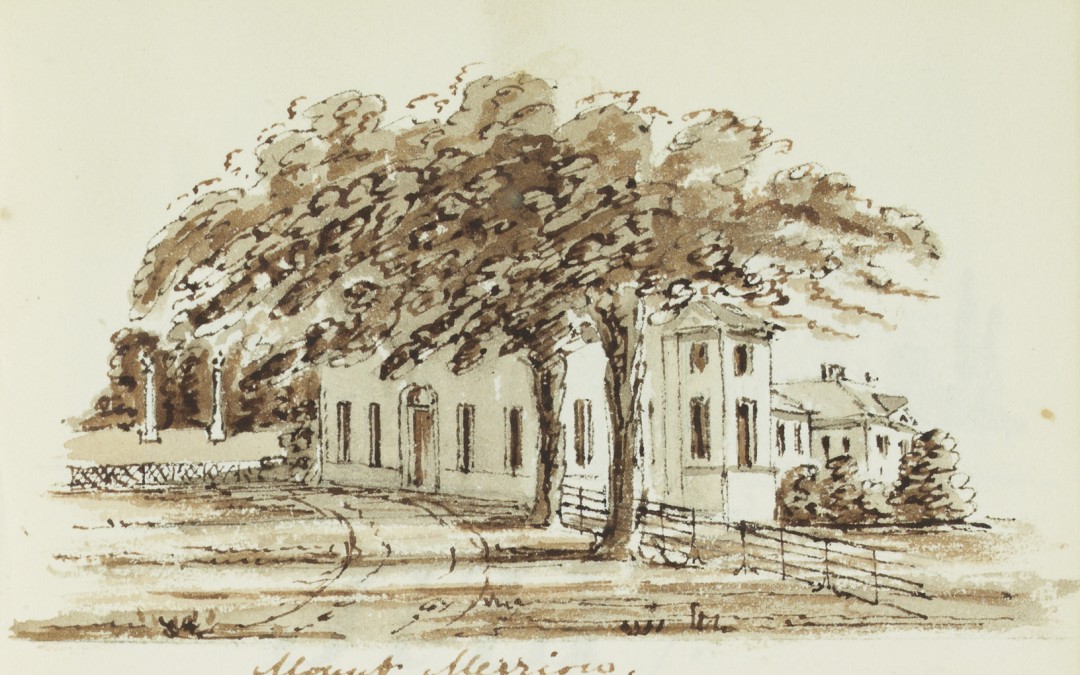 We are all familiar with the series of paintings and drawings of Mount Merrion produced by William Ashford R.H.A. on the commission of Richard, 7th Viscount FitzWilliam, some of which can be viewed in our Gallery page. A new online collection at NUI Galway makes available a later drawing of Mount Merrion house by one of the owners of the estate himself.

George Augustus Herbert, 11th Earl of Pembroke and 8th Earl of Montgomery, inherited the FitWilliam estates in Ireland on Richard’s death in 1816. The son of Richard’s first cousin, he was the first of the Herbert family to own Mount Merrion. A general and Knight of the Garter, he had seen action in the French Revolutionary Wars and was widely travelled. Although he spent his life at the family seat in Wilton and Pembroke House in London, he paid at least one visit to Ireland, documenting his account with a self-illustrated travel journal called “Posting and Turnpikes”, published in 1826. It includes the beautiful wash drawing shown here.

He donated the land (and £1,000) for St. Philip and St. James Church on Cross Avenue and upon his death his widow gave £30,000 each to Baggot Street Hospital and The National Maternity Hospital in Holles Street.

Ireland Illustrated, 1680-1860, is a database of over 500 images of Ireland – woodcuts, water colours, engravings and other illustrations – with related text, drawn from more than 50 illustrated travel accounts of Ireland, highlighting several neglected or rarely accessible sources.