Peter Canning from Redesdale Road won an Emmy in 2014 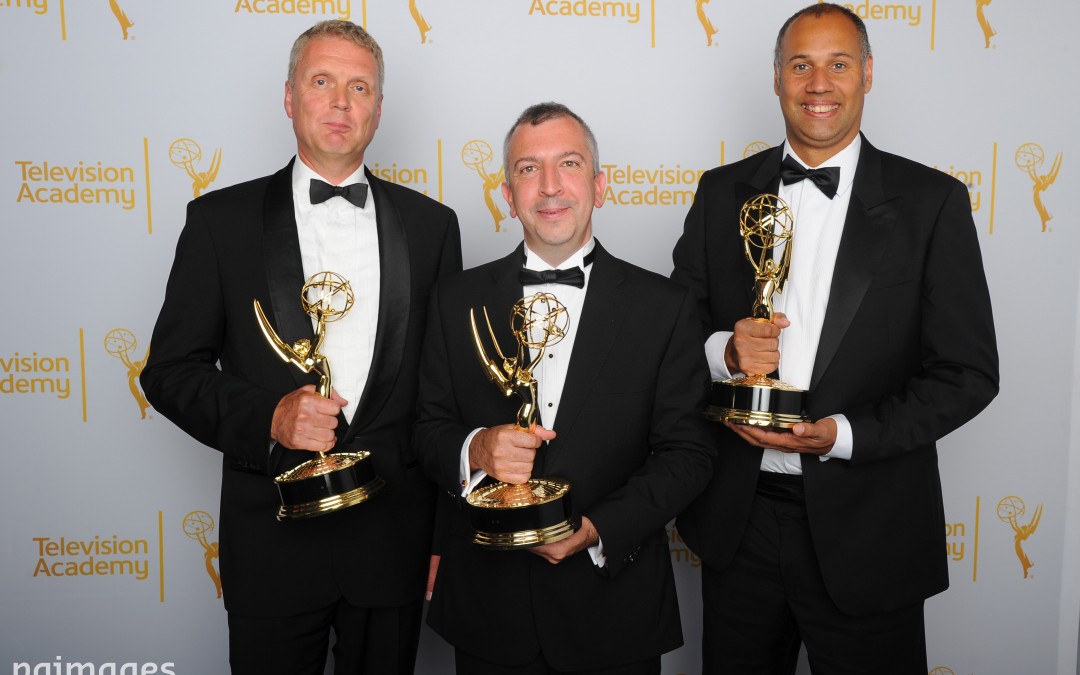 Dublin based Lighting Designer, Peter Canning from Redesdale Road, Mount Merrion, pictured in the centre,was part of a team along with Al Gurdon, Ross Williams and Michael Owen (absent) who picked up an Emmy on Saturday 16th August 2014 at the 66th Television Academy’s Creative Arts Emmy Awards at the Nokia Theatre L.A. Live, in Los Angeles.

The team, under Al Gurdon, won for the category for ‘Outstanding Lighting Design/Lighting Direction for a Variety Special’ for Sochi 2014 Olympic Winter Games Opening Ceremony. Peter was part of the Lighting Department team that was headed up by Lighting Designer Al Gurdon of Incandescent Design. Pete worked closely with Al as his Associate Lighting Designer for both the Opening and Closing Ceremonies for the XXII Olympic Winter Games, Sochi, Russia. Peter has worked under fellow Lighting Designer Al Gurdon, as an Associate to Al’s UK based company, Incandescent Design, on a number of projects. Al has been the Lighting Designer for some of the largest global events, such as Superbowl Halftime Show (2010-2013), MTV Movie Awards and US X Factor. Over the years Peter has worked with Al on a number of these high profile events, such as the Eurovision Song Contest, Brit Awards & the Echo Awards. Al was Director of Photography for the London 2012 Summer Olympic Games Opening Ceremony, as well as for various Olympic venues. Peter was part of Al’s team for the 2012 Summer London Olympic Games and went on from there to work as part of the Lighting Department for the Winter Olympics 2014 ceremonies. The Primetime Creative Arts Emmy Awards, traditionally held the weekend before the live Primetime Emmy Awards, are largely dedicated to key technical disciplines and behind-the-scenes crafts essential to television production.