An Bord Pleanala’s Decision on Oatlands – An Assessment 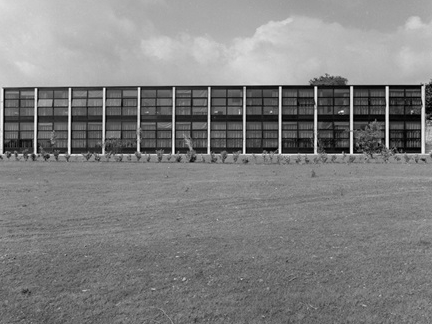 We are disappointed with the decision of An Bord Pleanala to grant permission for the proposed Oatlands development.

Aside from the arguments on density, height access etc. the most inexplicable aspect of the decision is its acceptance by the Board of the plan to raise the site levels by up to 3 meters. This is being done at the insistence of Dun Laoghaire Rathdown CC to have the sewage and foul water flow uphill and to drive a new sewage line through Cherrygarth

The consequences of this decision are the possible need to remove up to 30,000 tons of material from the site (top soil and excavated material from the underground car parks) and the need to bring in up to 70,000 tons of material to raise the site levels. Raising the site levels will almost certainly result in occasional flooding of neighbouring properties on Lower Trees Road and Cherrygarth. Moving such large quantities of material on local over crowded roads must result in further traffic chaos and damaged roads and other environmental damage. All this was and is avoidable at a much lower cost if the alternative route through Oatlands to the Old Dublin road was accepted.

The Inspector’s argument for recommending refusal of permission accords with MMRA’S arguments on this aspect of the plan. She stated that raising of the ground levels is completely disproportionate and that another solution should be sought.

The Board decision ignored any consideration of this point.  The Board has ruled out any need for an EIS (environmental impact statement). However, it is difficult to see how they could do it when the they had no detailed information or data on the quantities and nature of the materials to be removed from the site and the hydrological and environmental impacts of raising the site levels to the extent required.

The Inspector seems to confine her analysis to the amended scheme submitted to the Board by the applicant, whereas the Board dismissed this as not forming part of the application.

The difference in approach raises a question regarding the relevance of the Inspector’s report in relation to the decision of the Board.

However, the Board must have believed it had sufficient information before it on which to base its decision, even if the Inspector’s report strayed from a full assessment of the actual application.

The question of whether the proposed development constitutes a “material contravention” of the development plan (as stated by the Council) caused some disjointed conclusions.

The Inspector appears to have accepted this “material contravention” at face value, essentially implying that the Board was stuck with it and could not overcome it to grant permission.

Our conclusion is that the inspectors report and the Boards decision are confusing and somewhat difficult to understand. MMRA is currently studying the decision with its advisors and will look at the options open to it over the next month.