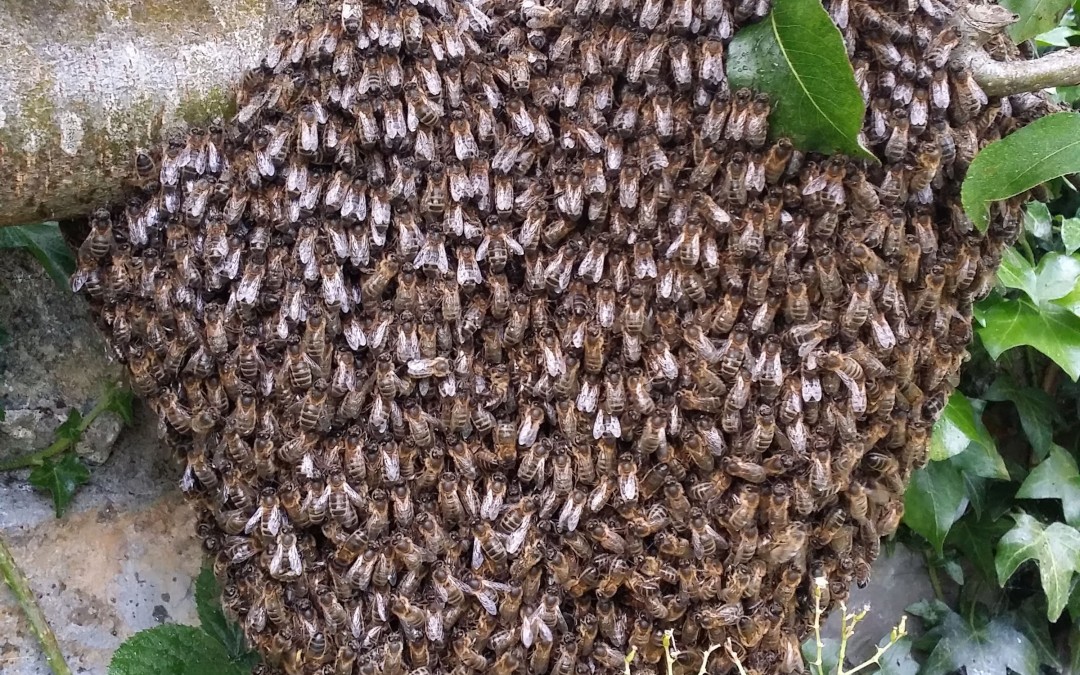 Beekeeping has become increasingly popular as a suburban hobby which means we are likely to see more bees around Mount Merrion. As a result, from spring onwards and through summer, we may be treated to the sight of swarming bees from managed or feral colonies.

Swarming is the natural reproduction process of bees where one over-populated hive becomes two sustainable colonies. It’s a very exciting phenomenon, with thousands of bees taking to the air, then clustering close to the original hive and finally moving onto their new home. 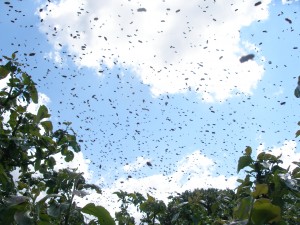 Bees are generally docile when swarming. They are full of honey and, until they move to their final destination, do not have a home to defend. However, some people can have a severe reaction to bees stings so should be avoided.

For beekeepers, catching a swarm of bees has one major benefit – free bees!  It also ensures that the bees don’t take up residence somewhere that causes inconvenience to homeowners.

The best time to catch swarming bees is when they have clustered and before they have moved to their final destination. There can be a narrow opportunity to catch them. So, if you see bees swarming, give me a call immediately – I’m in the MMRA Business Directory under “Beekeeper” – and enjoy the sight! 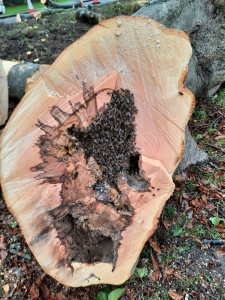 An active beehive of Irish Black Bees (Apis Mellifera Mellifera) was discovered inside one of the diseased Beech Tree on East Avenue . They were taken to a beekeeper for safekeeping in the log for winter.