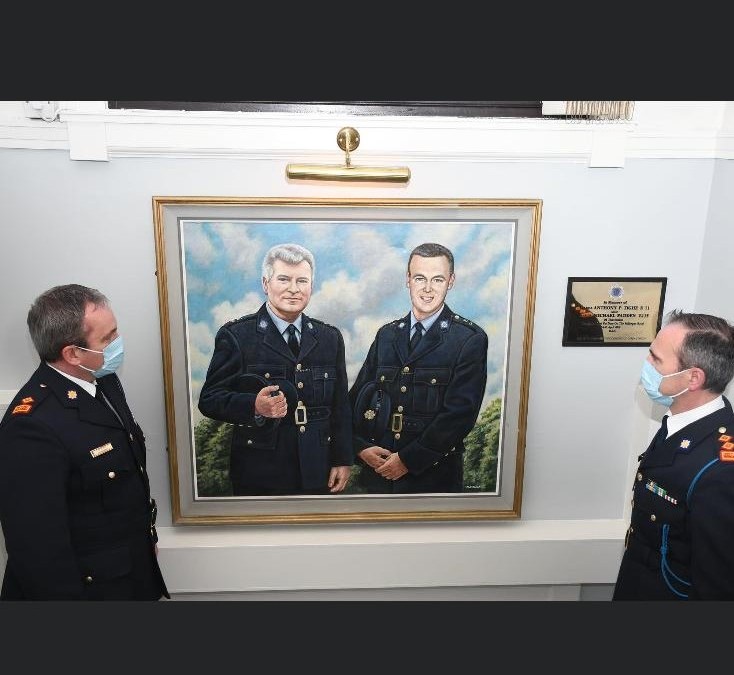 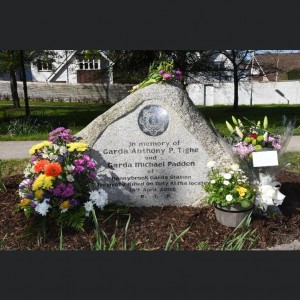 At 6.21a.m., on 14th April 2002, a 999 call was received at Command & Control, Harcourt Square to the effect that there was a burglary taking place at Dalkey, Co. Dublin. A black Mazda was observed leaving the scene. Garda Tony Tighe and Garda Michael Padden, took up a position at the junction of The Rise, Mount Merrion and Stillorgan Road in an effort to intercept the vehicle. Shortly afterwards the vehicle approached and collided with the official vehicle. Both Gardai tragically lost their lives while on duty.

Tony Tighe, born on 28th September 1948, came from Ranelagh, Dublin, 6. He joined An Garda Síochána on 7th January 1970. On completion of training, he was allocated to Donnybrook Garda Station on 15th May 1970, where he spent his entire service

Michael Padden, came from Shanahee, Belmullet, Co. Mayo. He joined An Garda Síochána as a Trainee on 26th January 1998 and appointed on 31st March 1999. On completion of training Garda Padden was allocated to Donnybrook Garda Station on 1st April 1999.

19 years on we still remember our fallen colleagues.  Due to Covid restrictions Chief Superintendent Michael McElgunn and Superintendent Tim Burke represented all colleagues in remembering Tony, Michael, and families.

The Memorial Stone dedicated to Garda Tony Tighe and Garda Michael Padden is located at the junction of The Rise and Stillorgan Road.