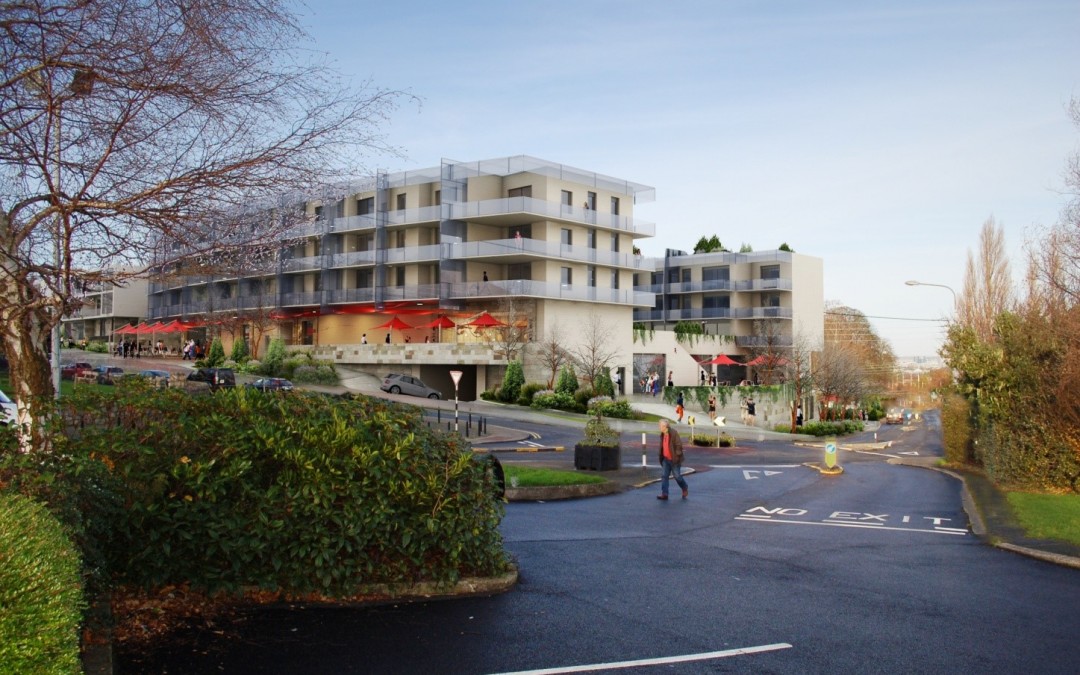 The following is document sent to MMRA by Matt Ryan who is a director of the company which owns the Union Cafe.This a follow up to meeting between Mr Ryan and his colleagues and MMRA representatives on Tuesday 8th March.

Firstly, we would like to thank the representatives of the Residents Association for meeting with us on Tuesday 8th of March. We felt it was a very informative discussion.

Secondly, as promised at the meeting, we have prepared in this submission a brief summary of the concept behind a proposed redevelopment of the present Union site, in its current state of evolution.

The current owners purchased the site in 2015 and have since introduced Kennedy’s Pub, the Union Café and coffee shop and artisan food sales to the area, thereby greatly contributing to creating a neighbourhood centre in line with the zoning of the site.  The popularity of these ventures has led us to seek to expand this offering by proposing to redevelop the site to incorporate additional services, in addition to retaining the existing uses. This we feel will assist in the creation a genuine neighbourhood centre for Deer Park.

The concept is to relocate Kennedy’s and Union Café into a new enlarged building and provide additional units that will front onto each street. It would also include a gym, a main retail unit which it is intended will be occupied by Fallon and Byrne and 3 smaller retail units. Above this would be 48 apartments spread across two blocks and facing onto a large amenity open space. The apartments will be well above average in size and hopefully would be attractive for people who wish to remain in the area.

We propose to remove the car parking from public view by locating one level of parking underground and another level at the interior of the site concealed below a large area of communal open space situated between the two blocks of apartments. The underground car parking would be at two levels, one for the 48 apartments and one for commercial users of the development. Trial holes found no rock only fill in this site. There would be three vehicular access points. The residential car park would be served from Deer park, the commercial from North Avenue and an enclosed service area from Wilson Road.

The component parts of the proposal are as follows:

The building will be set back from Deer Park and North Avenue so as to create a new public realm meeting area  consisting of a Plaza for coffee shop, outdoor dining etc.

In conclusion, we will be hosting a display of the drawings and images of the new proposal in the newly refurbished function room over Union on the Monday and Tuesday evening 21st and 22nd March from 7.00 to 9.00 pm on both evenings.

I hope as many as possible can attend.