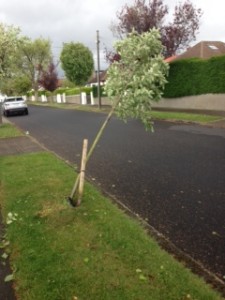 Tree damaged on Redesdale Road May 2017 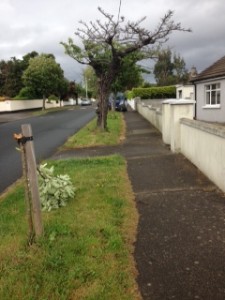 Tree broken on Redesdale Road May 2017 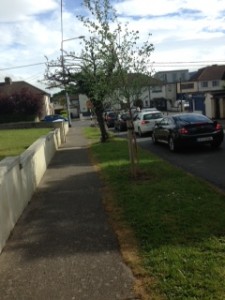 There was an incident on Redesdale Road in the early hours of Sunday 14th May 2017 in which a number of trees were damaged and 2 actually broken.  Concerned residents contacted Blackrock Garda Station.  An arrest was made by the time a group of young people had arrived at Lower Kilmacud Road.  Neighbours contacted me on Sunday quite upset by the incident. On Monday photographs were taken and DLRCC were contacted regarding the damaged trees.  By the afternoon the 2 broken trees had been replaced!

On behalf of MMRA I would like to thank everyone involved in looking after our safety as well as helping us to maintain our lovely area.