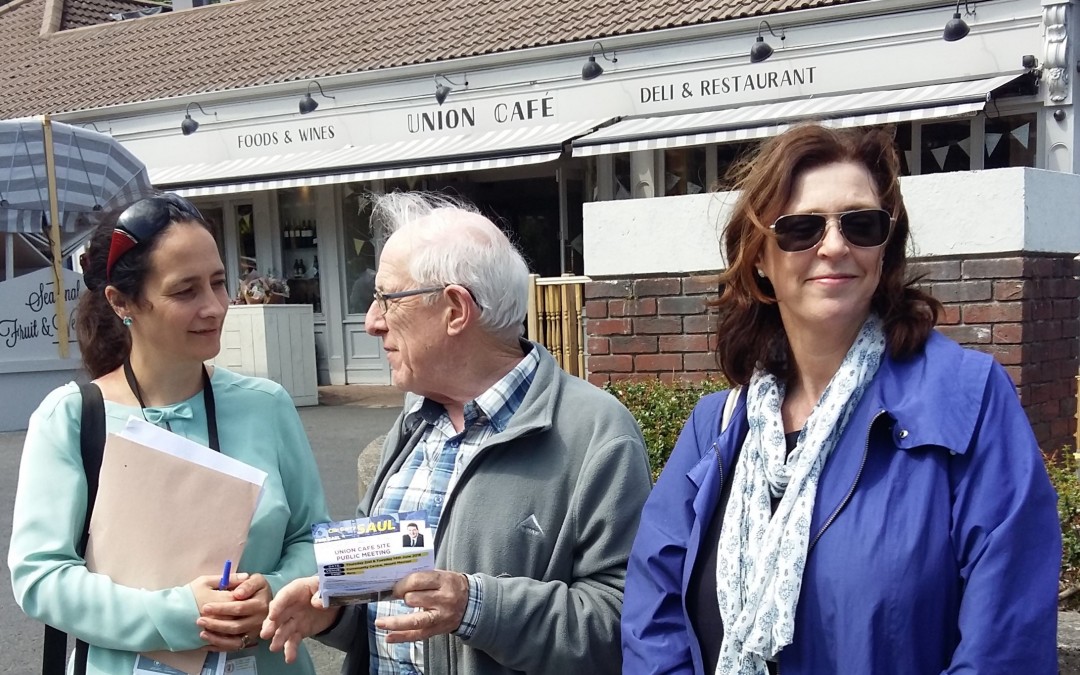 Catherine Martin TD and her colleague Councillor Karen Furlong today visited Mount Merrion and were briefed on the proposed plans to build a massive high rise structure on the Union Café site. Both expressed shock at the scale and implications for traffic gridlock, safety, local amenities and destruction of existing small business. We were informed that if permission for an apartment block is granted there is a risk that the children’s playground will have to be moved to a location at least 80 meters from the new apartments. This under a new regulation being applied by DLR CC. In addition, Irish Water have announced new rules restricting the planting of trees within 20 meters of a water or sewage main and preventing the planting of shrubs within 5 meters of such mains. This would prevent any planting on the Wilson Road side of the proposed development and prevent any planting on the laneway to the South of the planned Flanagans development.

Both Ms Martin and Ms Furlong promised to help the MMRA in every way possible to prevent the current proposal being approved.