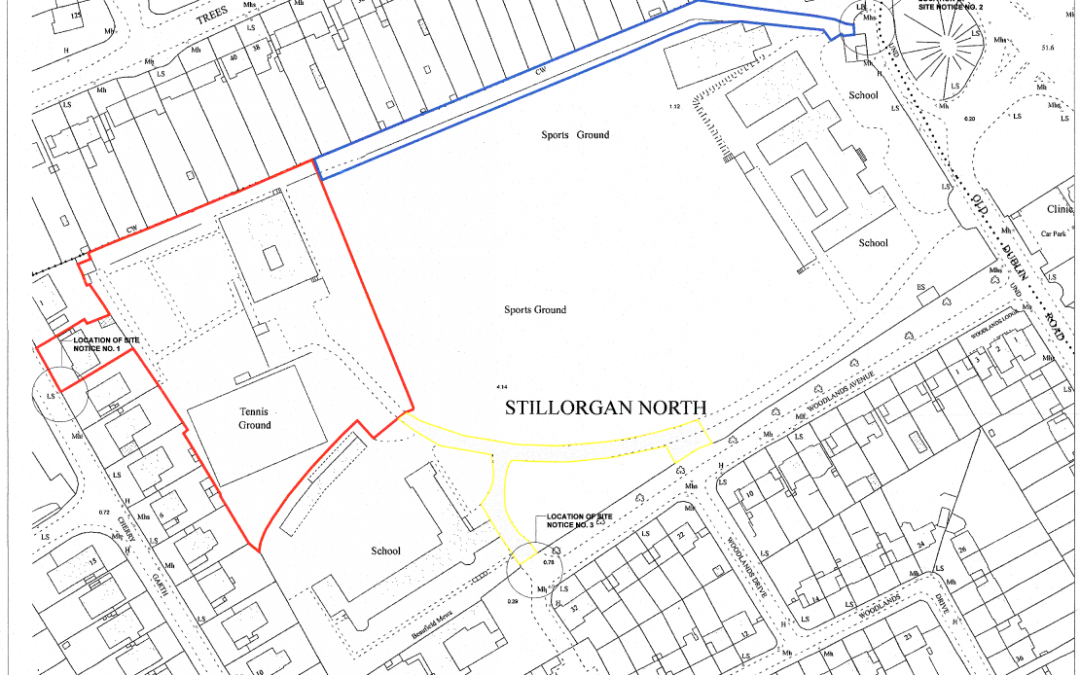 A company associated with Greg  Kavanagh, better known as the  “Ronaldo”of the property business has announced plans for a major development on the Oatlands monastery grounds. On a site of around 2.5 acres the plan is to construct 63 residential units made up of 9 houses, 24 duplexes and 30 apartments. Included is this are two 4 storey apartment blocks. The site is currently landlocked so permission is being sought to demolish No 2 Cherrygarth to gain access to the site. This development comes after Flanagans, Union Café, Roebuck Avenue and 93 The Rise and Wilson Road which if approved would add almost 200 additional residences in Mount Merrion. The Cherrygarth plan  is a further example of the planners encouraging high rise development in an area of bungalows and semi-detached houses and at a totally unacceptable density.

The proposed development would have serious traffic implications for Cherrygarth and Trees Road. In addition, we understand that if it goes ahead it will restrict further development and expansion of both Oatlands primary and secondary schools.

When the full plans become available we will organise a public meeting to inform all residents and plan a campaign of action.