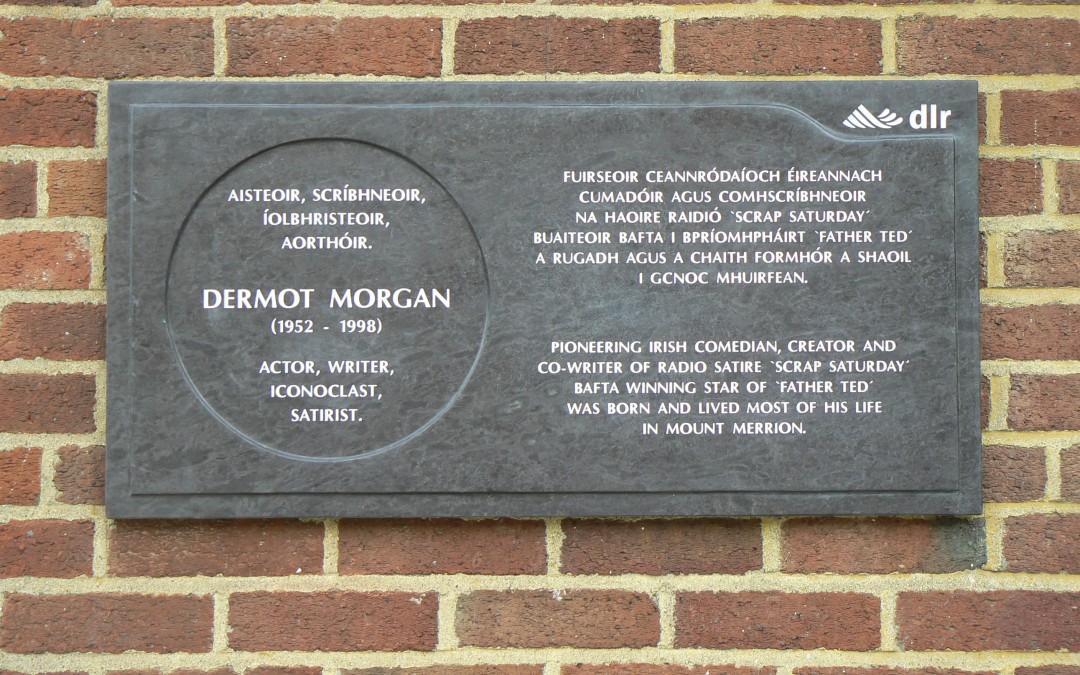 In one of the last acts of his term as Cathaoirleach of Dun Laoghaire/Rathdown County Council, local Councillor Barry Saul today unveiled a plaque commemorating one of Mount Merrion’s most famous residents: comedian Dermot Morgan. 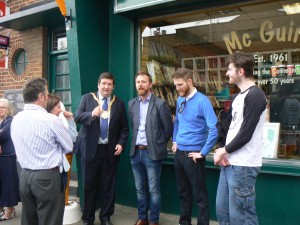 Speaking at the ceremony, Councillor Saul said “Dermot was a pioneer. He not only changed Irish comedy but also made a significant impression on the wider cultural and indeed political landscape. People often ask me how I became interested in politics, given there is no history of it in my family. I would ascribe it to those Saturday mornings listening to ‘Scrap’. That’s when my interest in politics was first awoken.” 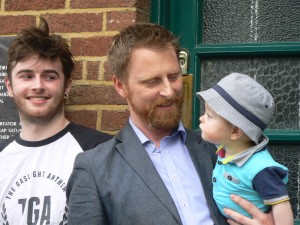 Dermot, who grew up on Wilson Road and lived there until success in Father Ted took him to London, attended Oatlands College and UCD before beginning a career in comedy. He was best-known at home for his work on RTE’s The Live Mike and Scrap Saturday until the role of Fr Ted Crilly brought him international fame. In 1999 he won the BAFTA for Best Comedy Performance.

As well as his work on stage and broadcasting, Dermot also released a book “Trendy Sermons” and several successful singles, including the 1985 Number One Thank You Very Very Much, Mr Eastwood.

The plaque can be seen on the wall of McGuire’s shop on Deerpark Road, where Dermot was, of course, a regular customer.