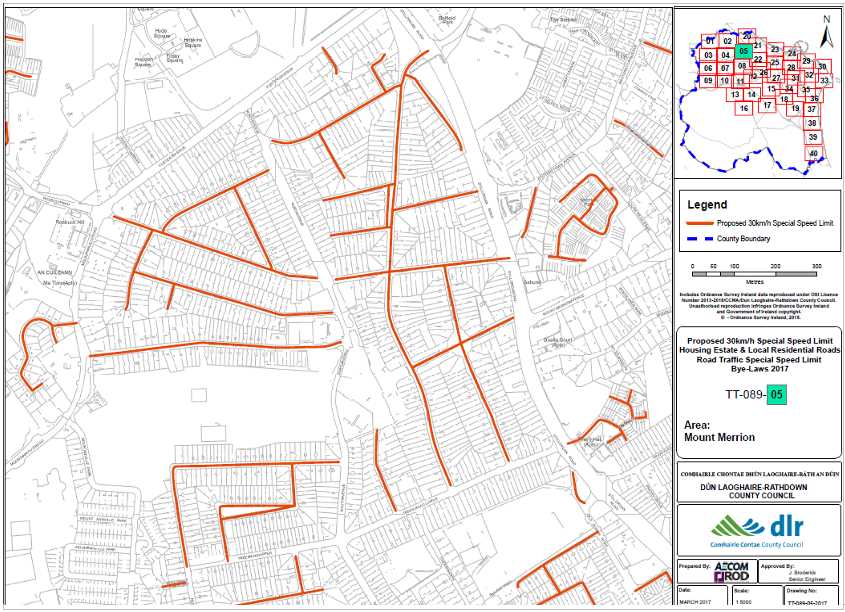 Local Councillor Barry Saul has asked us to alert people to the new Special Speed limits which came into force on 4th July 2017.

Almost all of Mount Merrion is now a 30 km/h zone. The exceptions are the north-south route of North and South Avenues and the east-west routes of Fosters Avenue and Trees Road (including the southern half of Redesdale Road). These now have a speed limit of 60 km/h.

For some reason Thornhill Road and Cherrygarth were both excluded from the 30 km/h zone. Cllr Saul has a motion down in the Council to include them.

In reply to an email from Cllr Saul, a DLRCoCo member has told him

DLR Traffic Section has engaged a Contractor who is currently erecting poles, using a number of crews, throughout the County. Signage will be installed on the poles closer to the implementation date.

I have enclosed a map indicating the roads affected in the Mount Merrion area.

Also included is the Special Speed Limit Bye-Laws 2017, (the ninth schedule has the full list of roads which are changing to be 30km/hr.).”

The map is shown above. You can download the Special Speed Limit Bye-Laws 2017 here.