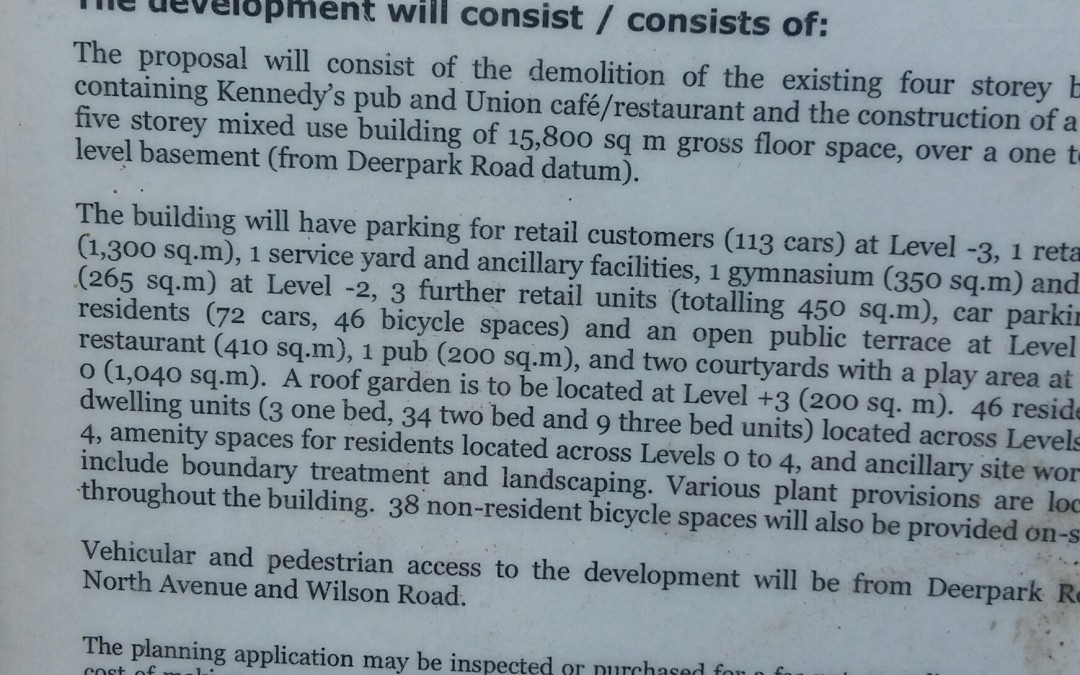 Tomose Limited, the company which owns the Union Cafe has just lodged their anticipated planning application. The statutory notice notifying the public of its application was posted on the site on Friday 20th May. From the scant details available it looks like the proposal differs little from what was on public display in March of this year. That proposal generated   widespread concern about the environmental, traffic  and other serious impacts which the development will almost certainly have on Mount Merrion generally and particularly on Deerpark and Wilson Roads. The MMRA will shortly be meeting with its advisors  and local political representatives to consider the proposed development and what avenues are open to both the Association and individual residents.