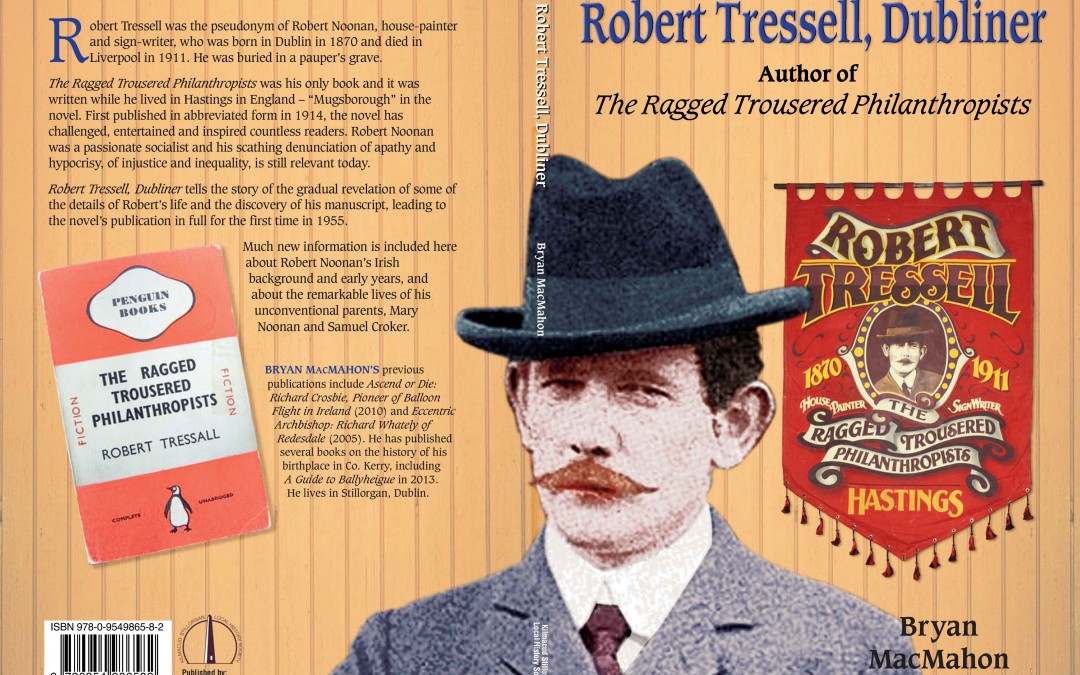 – author of The Ragged Trousered Philantropists             Robert Tressell was the pseudonym of Robert Noonan, house-painter and sign-writer, who was born in Dublin in 1870 and died in Liverpool in 1911. The Ragged Trousered Philanthropists was his only book and was written while he lived in Hastings – “Mugsborough” in the novel.  First published in abbreviated form in April 1914, the novel has challenged, entertained and inspired countless readers. Robert Noonan was a passionate socialist and his scathing denunciation of apathy and hypocrisy, of injustice and inequality, is still relevant today.

Bryan MacMahon is author of Robert Tressell, Dubliner: author of ‘The Ragged Trousered Philanthropists’. In his book, Bryan tells the story of the gradual revelation of some of the details of Robert’s life, the discovery of his manuscript, leading to the novel’s publication in full for the first time in 1955, plus new information about his Irish background and early years, and the remarkable lives of his unconventional parents. New evidence from genealogical sources and property records shows that Robert was resident in London by the age of eleven and most likely by the age of five. He was a Dubliner who was also a Londoner and who spent over ten years in South Africa. ILLUSTRATED TALK BY Bryan MacMahon